In the 1980’s two crafty blackjack players managed to find a way to win that it’s as simple as it was effective. The players (John Dixon and Robert Ailse) would sit side by side and switch one or their cards in order to make the best possible hand. This of course alongside strategic staking ensured that defeating the house edge was a simple formality.

To decrease their chances of being found out, the pair also had others involved in the scam, standing in strategic positions in order to obscure others seeing the card swap take place. To this day, it’s not known how much money this scam earned the pair.

Dominic “The Dominator” LoRiggio had his own unique take on how to fleece casinos. It didn’t involve card counting or transmitters or teams. Instead it was all based on the roll of the dice. Many assumed he must have been using loaded dice, when in actual fact he relied on a technique called ‘dice control’.

Essentially Loriggio was so adept with dice that he was about to largely predict how they would roll based on how how to turned and handled them during the roll. His dice skills has earned him an millions as well as several dice related world records. He now teaches his technique to others rather than uses it in casinos himself. I doubt they’re sorry to see the back of him! 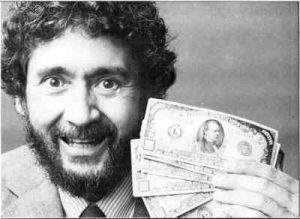 Ken Uston was a larger than life personality who would, prior to his death, appear on TV detailing all of his various schemes and exploits. As result he was certainly more high profiles than most in the same ‘line of work’.

So what was the claim to fame that led to this public interest? Well it was his reputation for starting one of the first blackjack ‘card counting’ teams. He is known to have won millions and but in part responsible for casinos tightening the rules around individuals who came overcome the house edge through one mechanism or another.

His success resulted in bans in various establishments. He went to court over a ban at Resorts International Hotel in Atlantic City. The court agreed because the ban was based on his skills as opposed to him cheating. They instead further tightened their rules as result of no longer being able to ban card counters. 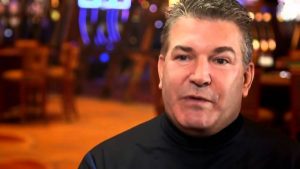 No, not that Don Johnson, but an interesting fellow all the same. Businessman Don Johnson is noteworthy on account that he took the casinos for millions (over $15 million in fact) playing Blackjack, but without using the ubiquitous card counting technique.

His winning streak occurred during 2011 – 2012 and pertained to an agreement with the casino that it would be allowed only a 0.26% edge. He then negotiated a separate loss rebate deal that pushed the edge slightly in his favour.

It was in a sense more of a ‘hack’ or loophole’ based on mathematical chance, and probably isn’t something that would work today in the more sophisticated casino environment. It certainly worked for him back then though, and he was rewarded handsomely for his efforts.

An in-depth look at the gambling world’s gallery of rogues. Those able to tip the scale in their favor or burn twice as bright as the average gambler.  Interesting stories and tidbits too.